The official site for The Monkees

Who's ready to have some fun with The Monkees as they celebrate their 50th anniversary? With a tour kicking off in May and the group’s first new album in 20 years, GOOD TIMES!, due June 10th, Monkee-mania will be taking 2016 by storm!

GOOD TIMES! features all three surviving band members – Micky Dolenz, Michael Nesmith, and Peter Tork. The unmistakable voice of the late Davy Jones is also included with a vintage vocal featured on one song. To produce the new album, the band found the perfect musical co-conspirator in Grammy® and Emmy®-winning songwriter Adam Schlesinger (Fountains Of Wayne, Ivy). GOOD TIMES! will be available on CD and digitally June 10, with a vinyl version coming out on July 1.

Micky Dolenz and Peter Tork will launch a Monkees 50th Anniversary Tour on May 18. The jaunt boasts nearly 50 North American dates through the end of the year including a homecoming gig at the Pantages Theater in Los Angeles on September 16.

• All 58 episodes, newly remastered in stunning HD from the original negatives for the very first time, plus the 1969 TV Special "33 1/3 Revolutions Per Monkee"
• Bonus material featuring commentaries from all four Monkees, original Kellogg's Monkees commercials, and more
• The 1968 Monkees film "HEAD" in HD with never-before-seen outtakes
• Unique packaging including a 7" featuring "Star Collector" b/w "Goin' Down" in unique TV mono mixes
• Strictly limited to 10,000 individually numbered sets
• Only available at Monkees.com 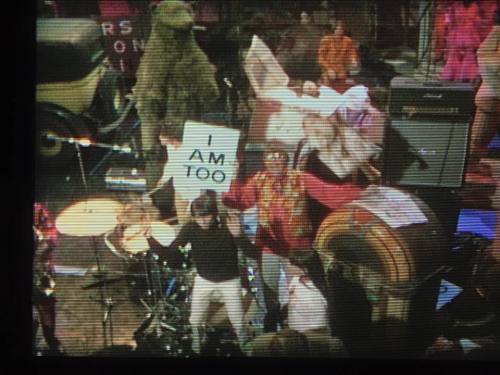