Tis the season to get festive with The Monkees on social media! Spread their holiday cheer with a few simple steps: click below to download your selected art to your desktop, then upload as your profile picture or cover image. Stay tuned to this space as we will be rolling out more Monkee-mania for your profiles in 2017!

50 years ago today, a TV series about four guys who lived together, played in a band, and got the funniest looks from everyone they meet made its debut on NBC.

Yes, that’s right: it was The Monkees. And if you thought it was anything else, then you’ve come to the wrong website. 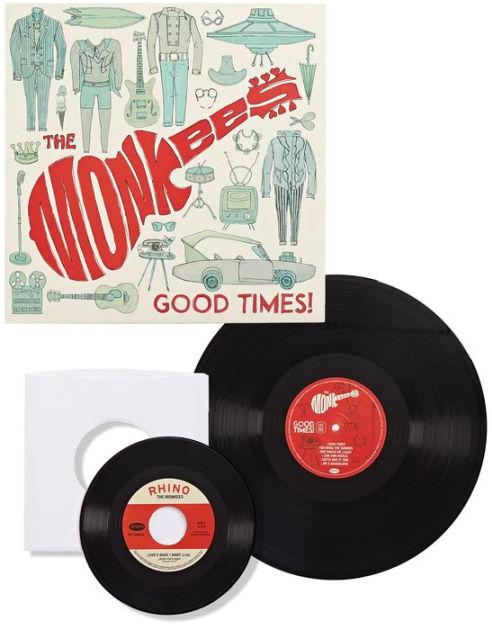 The Monkees' GOOD TIMES! is now available on vinyl! Head on down to Barnes & Noble this Saturday for Vinyl Day to pick up a copy complete with an exclusive bonus 7" of "Love's What I Want"/"A Better World." Get all the details here.

Tune in to AXS this Thursday, Aug 11th at 9:00 PM ET to see The Monkees performing live in Dallas.

Host Mark Cuban introduces the band that started as a TV show, The Monkees. Since branching out from the network series in the 1960's, the band has sold more than 75 million records worldwide. Don't miss this pop-rock sensation playing live from the Bomb Factory in Dallas as they continue their 50th anniversary tour. 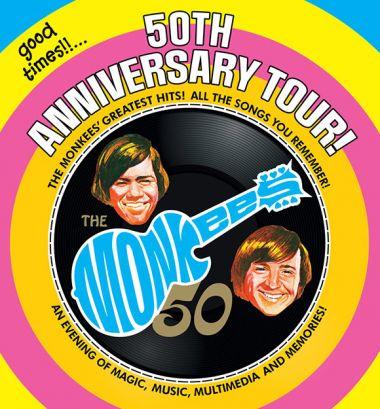 Join The Monkees for an evening of magic, music, multimedia and memories! The jaunt boasts nearly 50 North American dates and Australia and New Zealand dates through the end of the year including a homecoming gig at the Pantages Theater in Los Angeles on September 16.

Tickets are also available through Ticketmaster.

Three-CD Collection The Monkees 50 Spotlights The Band's Biggest Hits, And Forever Features The Group's Essential Recordings On Single CD And LP; Both Will Be Available On August 26